Jump into the Shoes of a Sailor!

End with a Smile and Celebratory Toast

Uncle Sam Wants You… to Join this Liberty Station Tour!

All hands on deck as we explore the importance of San Diego’s naval past, and find out what’s happening now in this exciting new neighborhood. By the time it closed in 1997, the Naval Training Center had seen over two million men and women pass through its gates on their way to becoming sailors. In subsequent years the area has transformed into Liberty Station, a rich and diverse mixed-use community that honors its naval origins. On this tour we’ll explore what the area was like as a naval base and what visitors can see and do there today.

From port to starboard, explore all that Liberty Station has to offer

See Camp Paul Jones and learn basic sailor skills without having to drop and give us 20!

Pay respect at the Boats Memorial, dedicated to the 52 submarines and their crews lost during World War II

Your guide has a passion for sharing knowledge. If you have a particular area of interest, please let us know and we can try to accommodate with additional information. 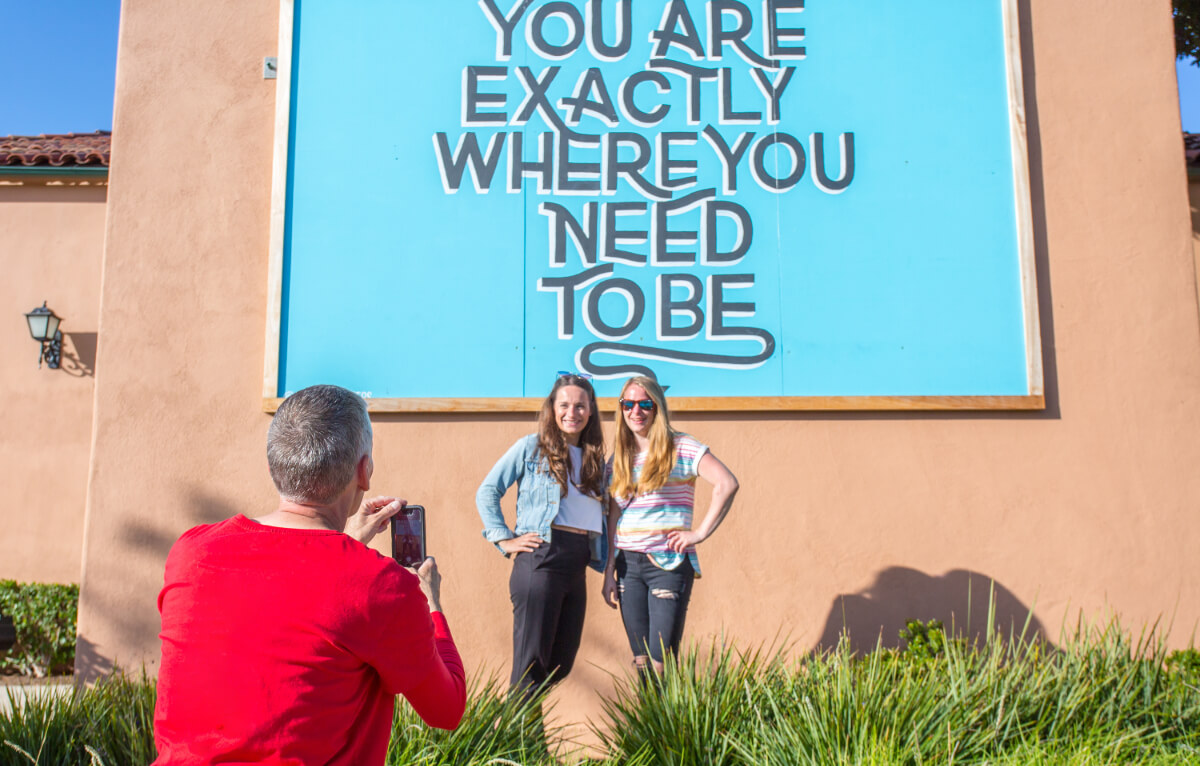 After a brief introduction, we’ll kick things off by exploring the heart of what was once Camp Paul Jones. You’ll get a feel for what it was like to be one of those sailors…without the drill instructor! The Camp’s park-like setting is full of secrets from its design to decor.

Next we’ll pass by the former dispensary, where early recruits received medical care – sometimes for the first time in their lives.

We’ll view the former Sail Ho Golf Course, because it wasn’t all work and no play. Several golf pros have played here, and the course is even a final resting place for two people!

It wasn’t all men who served here, at least not after 1943 when WAVES (Women Accepted for Volunteer Emergency Service) arrived, taking up residence in a nearby barracks, away from the men.

We’ll then pass by the very first buildings on base which contained the Mess Hall and talk about what it took to feed so many people, multiple times a day.

Afterwards we’ll head over to the heart of the base – the Command Center – where the top brass kept the base running. There we’ll view an exhibit that highlights recruit life, including something dear to everyone – food! 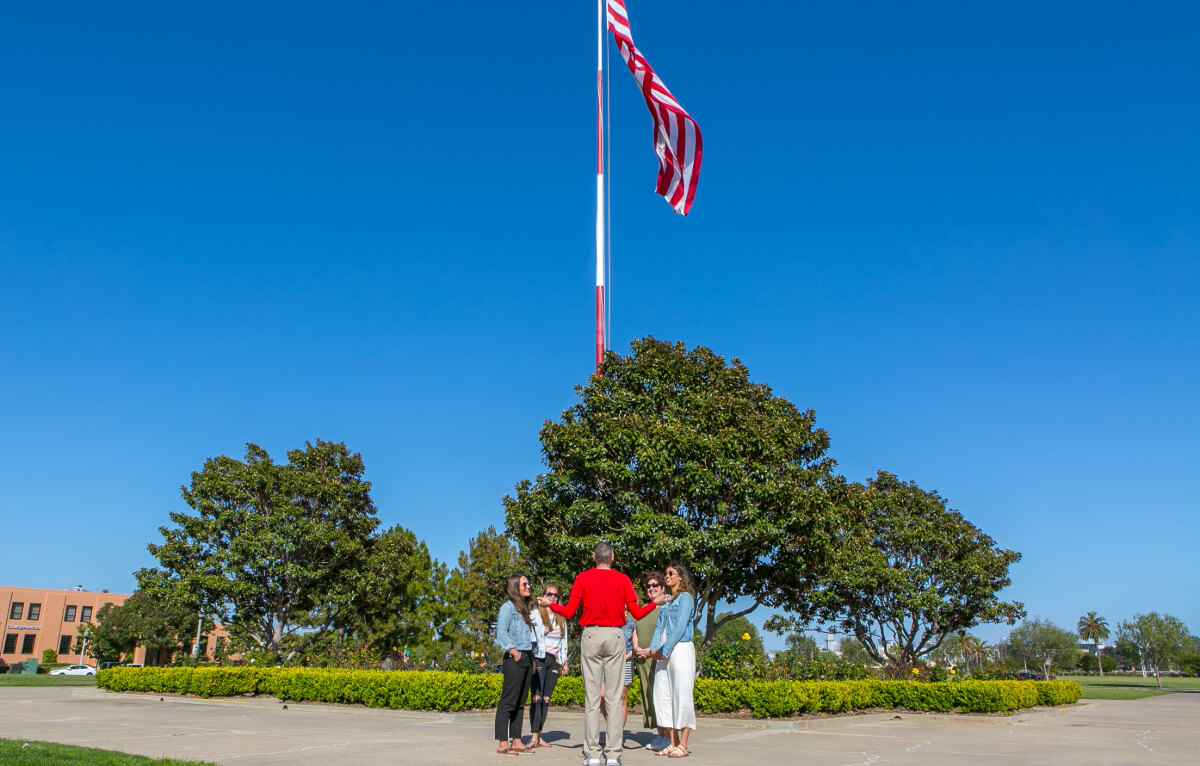 From the Command Center, it’s on to Ingram Plaza, to learn who it was named for, and why that’s a better name than its alternative.

Next up we’ll visit the Boats Memorial, dedicated to the 52 submarines and their crews lost during World War II.

Then we’ll proceed across Preble Field, where recruits marched during training and on their graduation day. We’ll celebrate their legacy and your “graduation” from the tour and sailor training by raising a beer (or other beverage of your choice).

Here, our guide will wish you fair winds and following seas, but not before recommending additional ways to explore the Navy’s legacy at Liberty Station, from cultural gems to restaurants.

Learning the history of Liberty Station from it’s first opening, through WWII and into the current use was great. Knowledgeable guide (Jennifer) and fun experience!

My sisters and I had a great time with our wonderful tour guide Jennifer! Such fun and laughter with only a little sibling shenanigans. Would love to do the other tours provided by San Diego Walks. Not just for tourists, us locals enjoyed and even learned a new thing or two.

What a great tour and a fantastic guide! Jennifer isn’t just knowledgeable, she’s a ton of fun and really makes the most of the time spent on this tour. Highly recommend!

Explore Our Other Walking Tours

Secrets and Highlights of Balboa Park